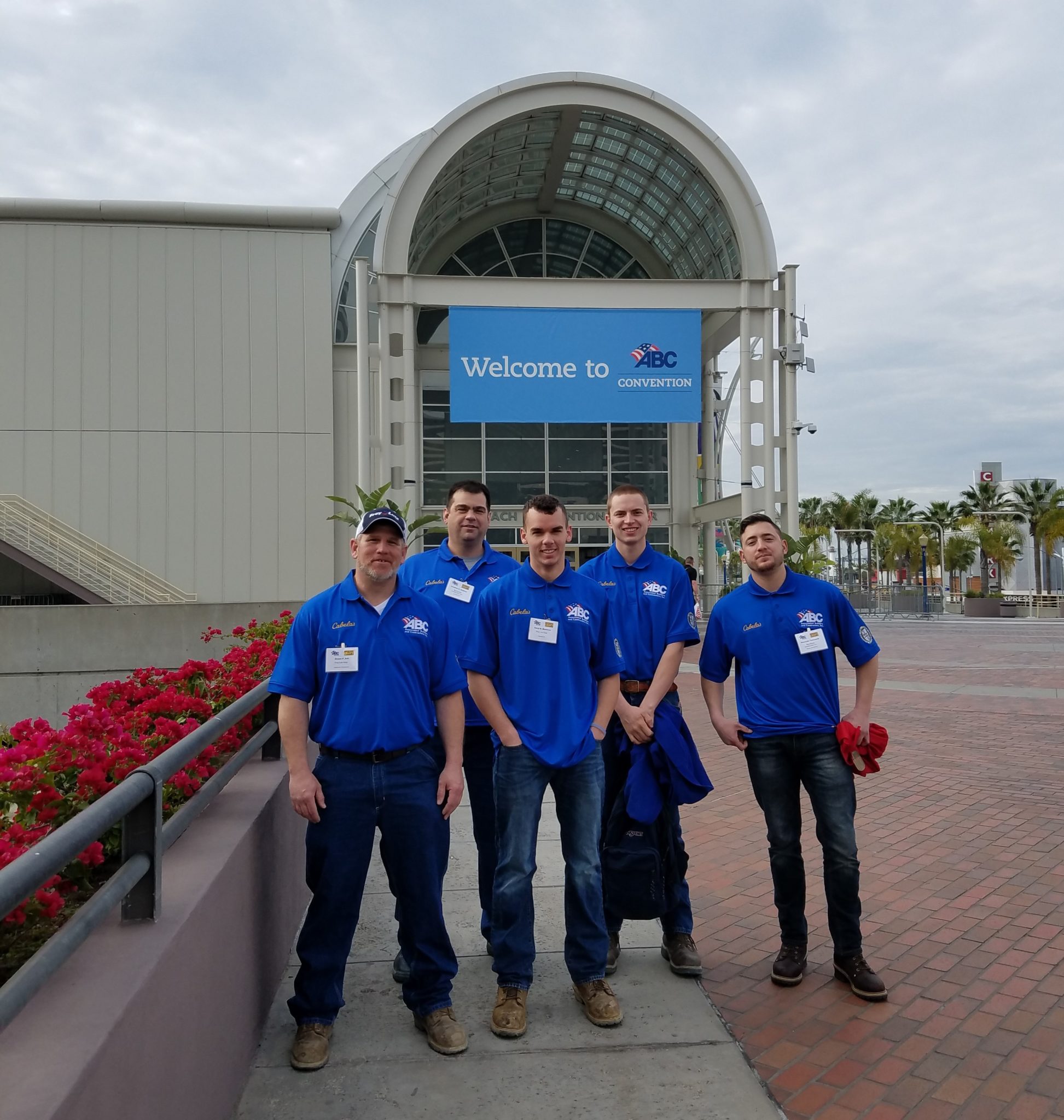 Five ABC Keystone apprentices, representing four trades and three ABC member companies, flew across the country to Long Beach, California last week to compete against the nation’s finest skilled craftspeople at the National Craft Championships. The experiences gained by these individuals will positively impact their lives for years to come.

At the event, the competitors were given opportunities to network with other apprentices, and as a result, new friendships and common bonds were formed. While each of these individuals where there to compete, they also appreciated the opportunity see first-hand how they are contributing to help build America, along with craftspeople from each of the 50 states.

“I am very proud of our team of competitors this year. The competitors all demonstrated true craftsmanship, professionalism and leadership in their individual crafts, and regardless of who received medals, these craftspeople all proved themselves worthy to be called the best of the best in the industry,” said Lee Summers, CDT, Clark Mechanical Services, Inc. and ABC Keystone’s NCC Training Coordinator.

The competition began on Tuesday, March 20, with a three-hour written test and concluded on Wednesday, March 21, with a grueling, eight-hour hands-on practical test. Earning the bronze medal in Carpentry was Alexander Tomassetti, Benchmark Construction Co., Inc., and Nathan Ellenberger, Haller Enterprises, Inc., earned the Safety Award for Electrical. “I am so proud of all of the Keystone competitors for their dedication, hard-work and true professionalism at the national competition,” said Cindy DeWire, Director of Apprenticeship, ABC Keystone. “They truly represented themselves, their employers and the Keystone Chapter very well. It was an honor to be able to attend and witness their competitions last week.”