Giving Thanks in Difficult Times

Despite the turmoil and political strife around the world, it is refreshing that we can still take time to pause and give thanks for what we have as a nation. I continue to believe there is no better place to live, raise a family, and pursue happiness than the Commonwealth of Pennsylvania in the United States of America.

As we head back to work and carry on in that twilight period after Thanksgiving and before Christmas, I thought it appropriate to preview some of the accomplishments from this year. Through the hard work of our government affairs team, chapter leadership, and grassroots advocates, we:

On October 25, ABC members traveled to Harrisburg to take part in “Free Enterprise Day.” Industry leaders from our five regional chapters spoke to legislators serving on the Senate Labor & Industry Committee on the challenges they are facing and what role the legislature can play to improve workforce conditions.

Advocacy Update: <br>Be a Difference Maker by Getting Involved!

In mid-September, the legislature returned from their summer recess for a fall session that spans through the rest of 2021. During that time, the General Assembly will likely debate and vote on measures that directly and indirectly impact the construction industry. Per the decennial census, the Legislative Reapportionment Commission will re-draw congressional districts, considering Pennsylvania’s loss of one congressperson. In addition, the legislature will go through a process to re-draw all 253 House and Senate districts, taking into account where population was lost and gained throughout the commonwealth. Along with the re-districting process, the legislature will continue to explore COVID-19-related bills, especially pertaining to the Secretary of Health masking order for schools. Along with those hot-button issues, the ABC government affairs team is working on the following bills:

As ABC members are aware, our association has been advocating strongly for changes to state-mandated apprentice-to-journeyworker ratio rules. Under a 60-year-old rule, merit shop contractors are required to have four journeyworkers supervise each apprentice. On the other hand, joint apprenticeship programs have unilateral flexibility in setting ratios through their collective bargaining agreements. We believe two set of standards is unfair and discriminatory.

By: David G. Greineder, IOM, Director of Government Affairs As a follow-up to last month’s article (“A New Year of Opportunities”), ABC PA is hard at work advancing our issues […]

The More the Merrier

By: Austin Cawley, ABC Keystone, Government Affairs Coordinator Harrisburg, PA—ABC PA members from across the Commonwealth gathered in the Capitol Building to participate in a hearing on apprenticeship. To the […] 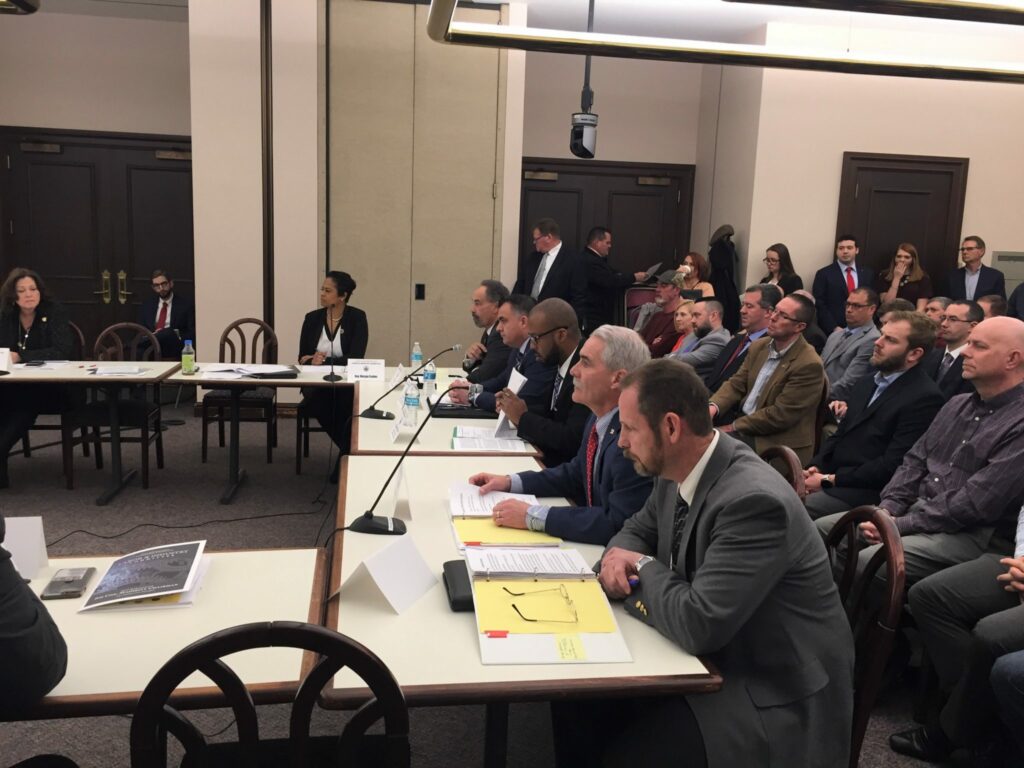 By David G. Greineder, IOM, Director of Government Affairs, ABC Keystone In mid-September, the Legislature will be back in session from their summer recess. Top of mind for ABC is […]